These Are My Subjects 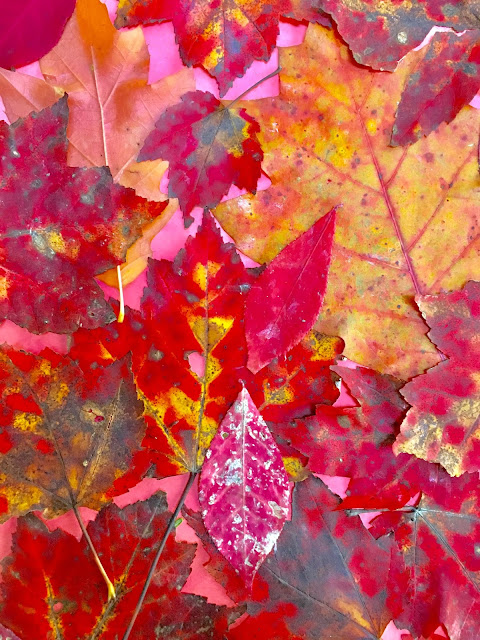 I don’t have any words to speak of. I have scissors and glue but no magazines or printer. I have construction paper. I have motivation. I want to go outside. I also want to make something.

Words are my friends but for a couple of weeks we’ve been on the outs. I don’t want to force anything, so I let it be.

I go outside with three gallon sized Ziploc bags. I walk around collecting leaves. I sort them into color families. I take everything to the screened porch and edit through the leaves. I throw the rejects out into the yard.

If you work right down to the common denominator, as the math teacher used to say, this is the story of my life.

I use a glue stick to tack the leaves onto construction paper. Even though I’ve sorted the leaves, I break my own rules and start mixing them up. These subjects curl up and act differently than my usual collage materials but I don’t mind.


I plan to photograph the leaves on construction paper now, but also let them sit out for days or weeks and shoot them at intervals. It will be fascinating to watch the decomposition process.

I’m excited about my project. I photograph the newly assembled collages. I capture them again a few days later. Something has clearly happened. It is worth recording. 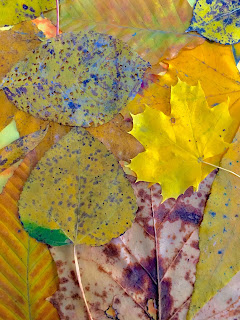 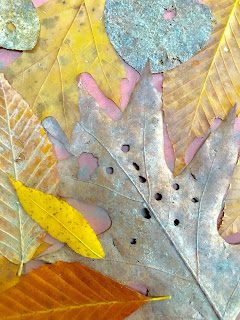 But as time goes on, the collages lose steam. They don’t gain poignance or character. They look anemic.

Like lots of things, the collages have a shelf life and a point of diminishing returns. I throw them all out. They had their glory days, plus a little more. Just because they didn’t have a more beautiful death doesn’t mean it wasn’t all worth it. 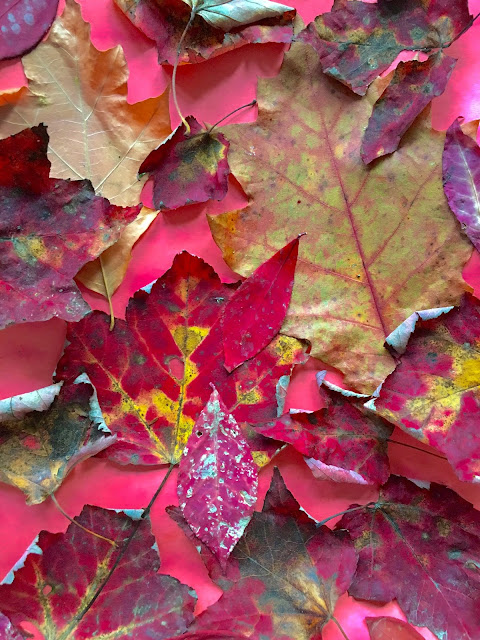 From the archives:
An Adulterated Icon
They Create: The Lego Artistry of Don Rice

Destination Library
Posted by Karen Capucilli at 6:54 PM No comments: 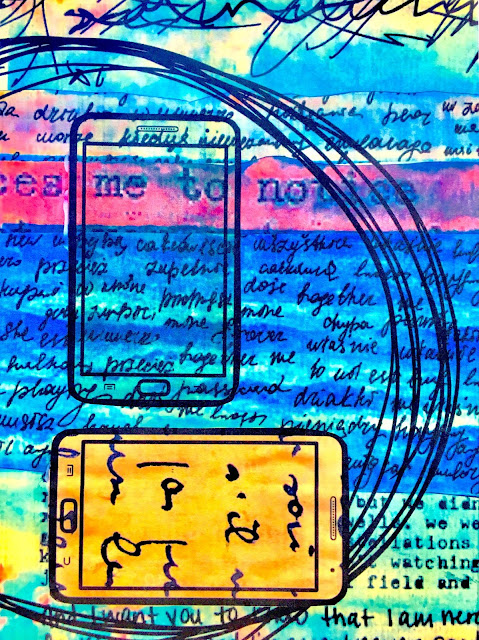 I want to reach out. I don’t have enough to say. Rather, I have a lot to say, but none of it is appropriate.

Soon, there are snippets of true things that are also okay to share. I wait to have more. I want there to be a small collection. It also needs to neaten up. Right now everything is shapeless.

Over days and weeks sifting takes place. Inappropriate content remains in my head. Normal stuff gets edited down to boring vs. interesting. It helps when new things happen outside of myself and my own making. It gives me some new material to work with.

More and more transpires that can go in the yes pile.

Things work their way into a clear narrative. The actual writing flows like water.

I hit send. If only I could see what happens next. The email coming into the inbox. The reading. Unfortunately all of it is in the cloud.

I rest in the well-worn space of suspended animation. Life pauses for a moment then resumes. One thing is certain. There’s nothing else to do but wait.


From the archives:
Take This Inspiration And Shove It
If You Care
The very second you lost me
Posted by Karen Capucilli at 7:08 PM No comments: