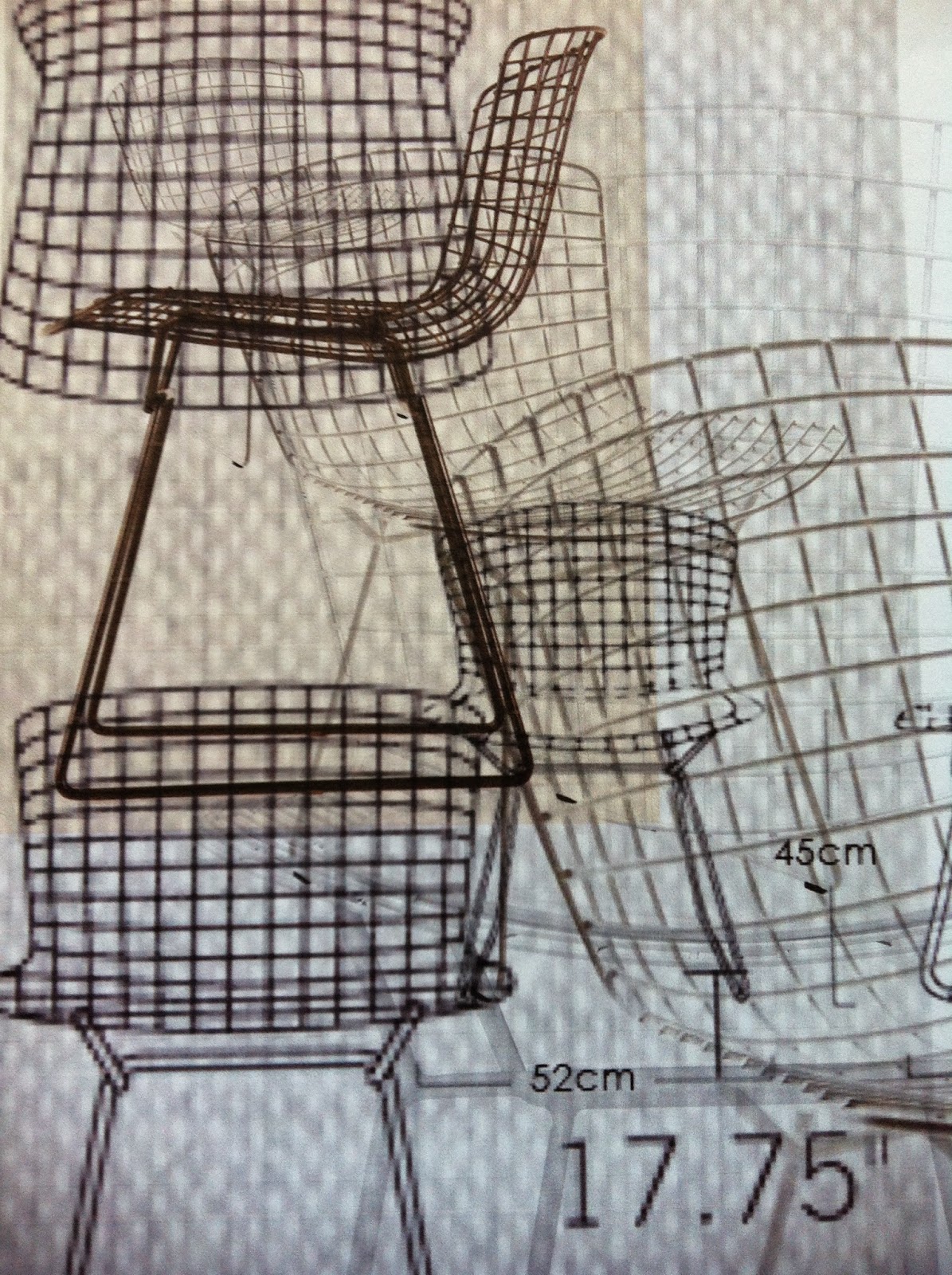 Our Journey to Make the Bertoia Chair Comfy

Jeremy and I live in an apartment. We also live with furniture that has historical design significance. We have three Bertoia chairs around our dining table. These chairs are the real deal. These are not high quality knock offs from IKEA.

We are regular, middle class people. You may wonder how we came to own these three extremely expensive furnishings. If I were you, I would wonder about this. I'd be scratching my head about it now.

About 25 years ago, plus or minus, Jeremy and I were working as freelance still life photographers. One day, someone from Knoll contacted Jeremy to see if he was available to do a photo shoot for them. They did not have much of a photography budget to offer, but the client was able to sweeten the deal. If Jeremy would do the job for a relatively low fee, he'd throw in a couple thousands dollars of wholesale shopping money from Knoll.

Jeremy accepted the job anyway. He wasn’t turning away a more lucrative job to do it because no one else was inquiring at the time. It was also an artistic project. In the professional photography parlance of the 1990s, it would be good for his portfolio.

A beautiful portfolio that includes photographs of Knoll items could open a lot of doors. The implication was that this could elevate one's cache. That would hopefully translate to money that would later be used to pay the rent and the electric bill, along with food and an occasional dinner out thrown into the mix.

Jeremy shot the job. We selected the three Bertoia chairs. We did not select four chairs because that would have exceeded our Knoll shopping budget. Besides, at the time we had a table that was pushed right up against a wall in our kitchen. Three chairs looked perfect.

We selected some gorgeous, muted green seat covers from swatches provided by Knoll. All in all, we were happy with this infusion of high design.

Fast forward to last week. The mid-century modern table, circa 1961 that my mother gave me after she re-did her kitchen has been returned from the re-finishers. It has been beautifully transformed. The Bertoia chairs look very apropos. Unlike the table pre-refinishing, the chairs look as new as the day we got them.

The same could not be said for the seat cushions. Three children, hundreds of meals, approximately 50 birthday parties, crumbs and spillage happened. Next to the table and the freshly painted walls, the seat covers looked depressing. 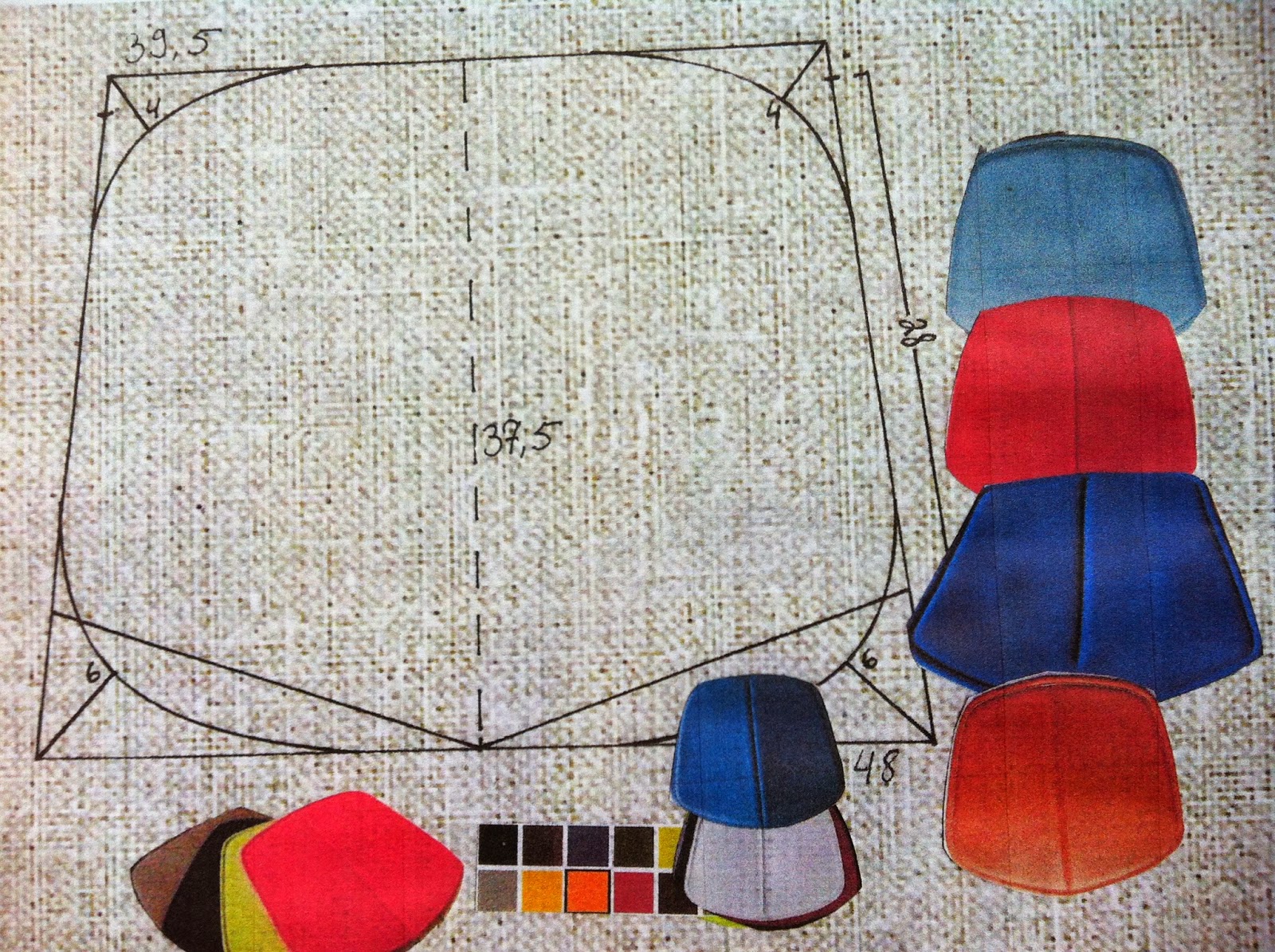 The chairs are made of metal. On top of the metal seat is an incredibly designed, perfectly aesthetic seat cushion. It is artful. But it is very flimsy. Not in a falling apart kind of way. Lord, knows, it lasted all this time. It is so beautiful that you almost don't notice that there's almost nothing between your ass and all that metal.

For the longest time, I thought it was just me. Unfortunately, I have a bony ass.

But after having a little bit of a family meeting about the Bertoia seat covers I learned that Jeremy and Hannah also found the chairs uncomfortable. Noah has always refused to sit in the chairs. However, I didn't think much about it because for the longest time he didn’t want to sit down in any chair.

Our consensus was this. We all wanted to be comfortable sitting at the table. No one wanted to admit we were uncomfortable previously. But now we were working hard to make our apartment a comfortable place for everyone. I was not willing to spend $99 dollars or more to preserve the integrity of the Bertoia chairs. It was time to acknowledge that Harry Bertoia designed uncomfortable chairs. It was time to acknowledge that we are not living in a museum. 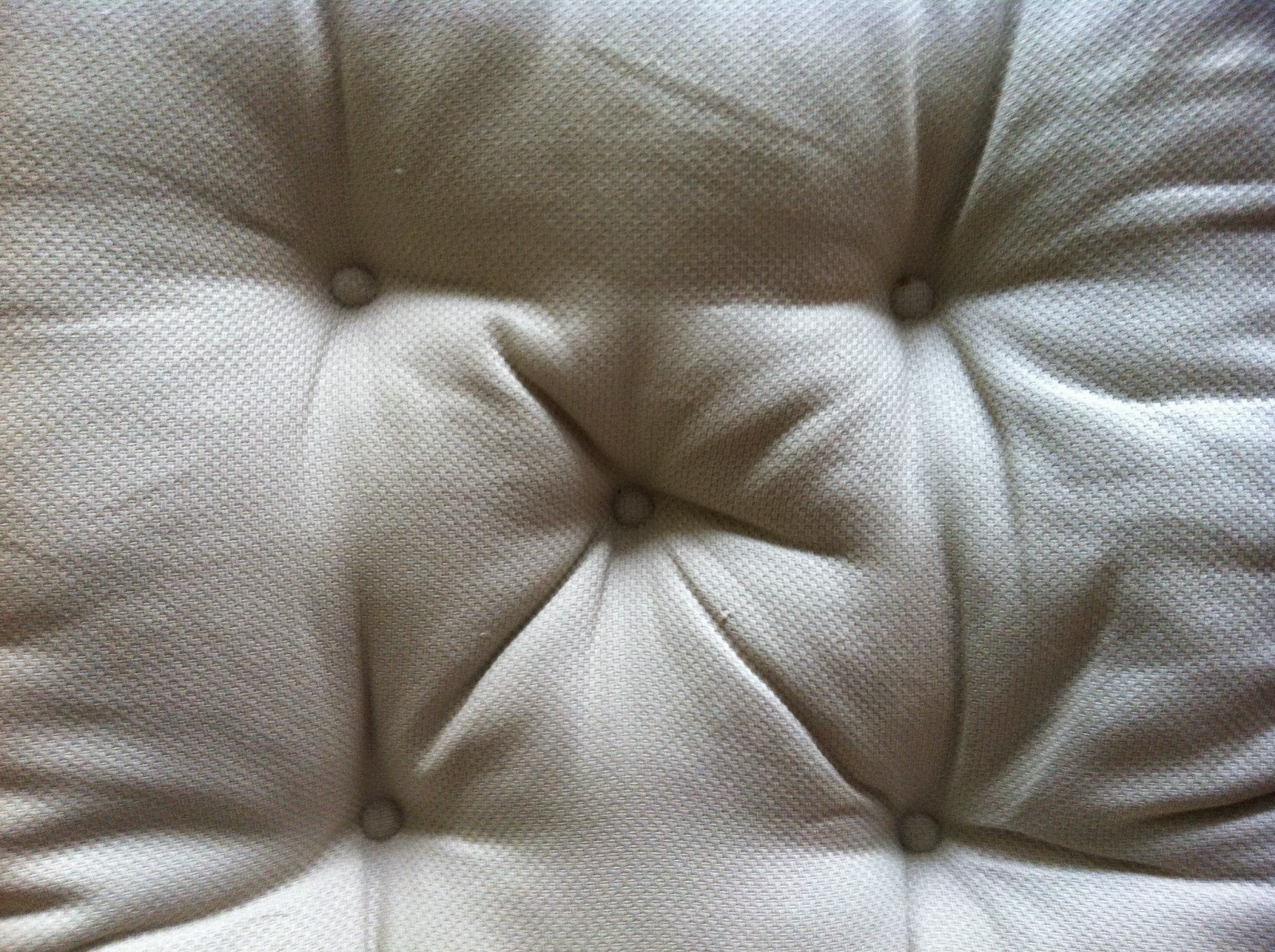 The Malinda is cushy. It is cozy. It is several inches thick. That's a lot of cushion between you and the metal. The Malinda is not just thicker. It's also bigger around. A normally sized individual can sit in our Bertoia chairs without encountering any sharp, metallic sensations.

There would have been another way to go with seat cushions that would be comfier while respecting the lines of the chair. I could have hired someone to custom make us cushions according to both aesthetic and ass loving specifications. However, for me, this would be less fun than simply going to IKEA and purchasing the Malinda. And much more expensive. Which brings us to the next subject.

The Malinda is economical. The price used to be $4.99. Recently, it dropped to $4.49. By openly admitting that Harry Bertoia designed a terribly uncomfortable chair, we saved approximately 93.00 per seat cushion. By admitting that I did not want to hire someone to make us seat cushions, we saved some unknown but not insignificant amount of money.

The Malinda is machine washable. I washed our Bertoia seat cushions in the sink. Machine washable is always better. This is a household on a first name basis with OxyClean. OxyClean is a verb in this household.

While Jeremy was doing complex IKEA assembly, I busied myself with the easier IKEA related tasks. I took duvets from space bag type wrappings and installed duvet covers. I installed the new chair pads. I sat down in a Bertoia chair, declared it extremely comfortable, and watched my day-to-day life improve.

We selected a 4th dining chair from IKEA. It doesn't match the Bertoia chairs, but it works nicely as a grouping. Jeremy did not buy a seat cover for it. IKEA does not have anything available that would fit.

Back to the drawing board for me. I'll find something. I always do. 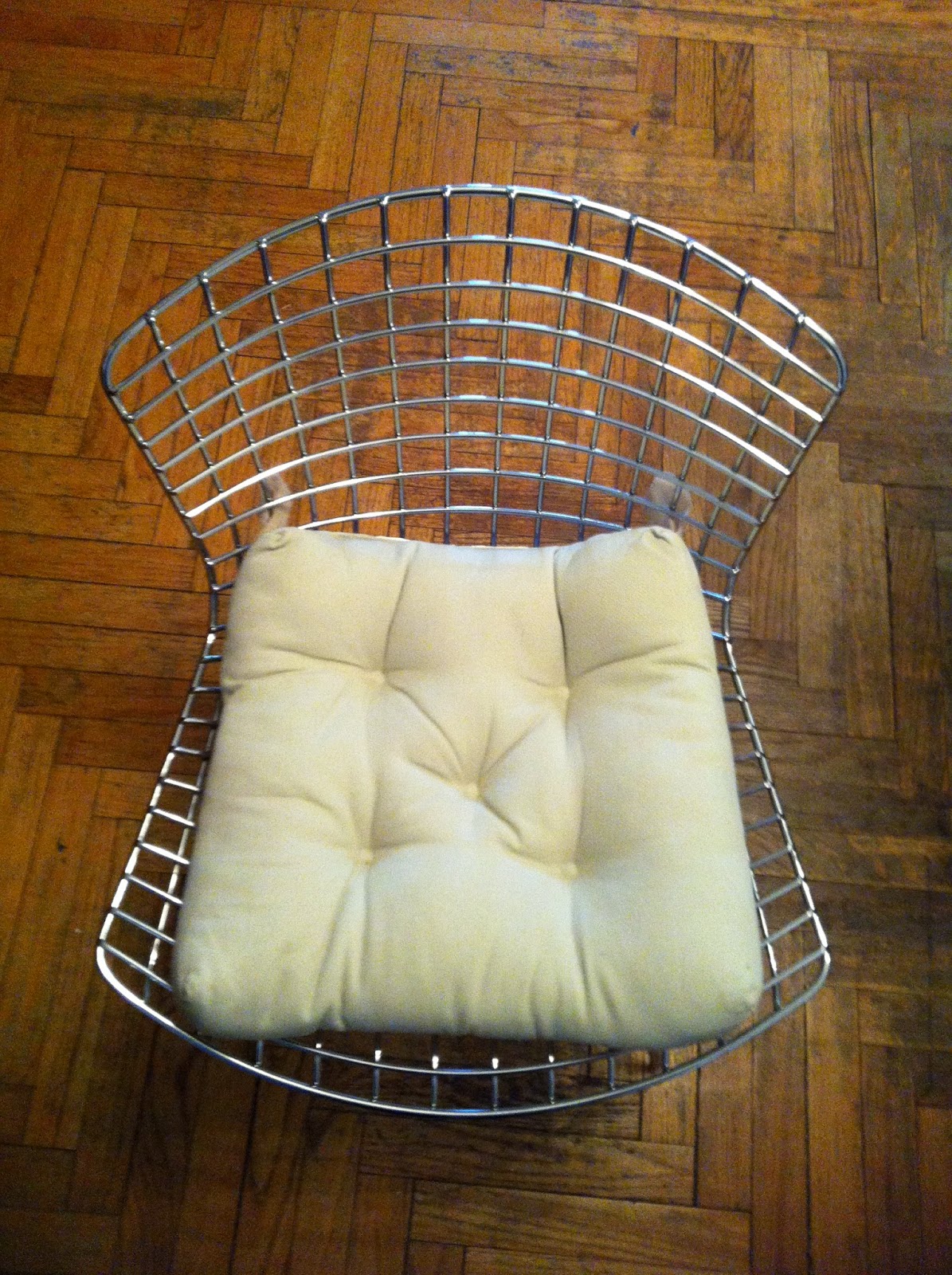 Posted by Karen Capucilli at 4:48 PM