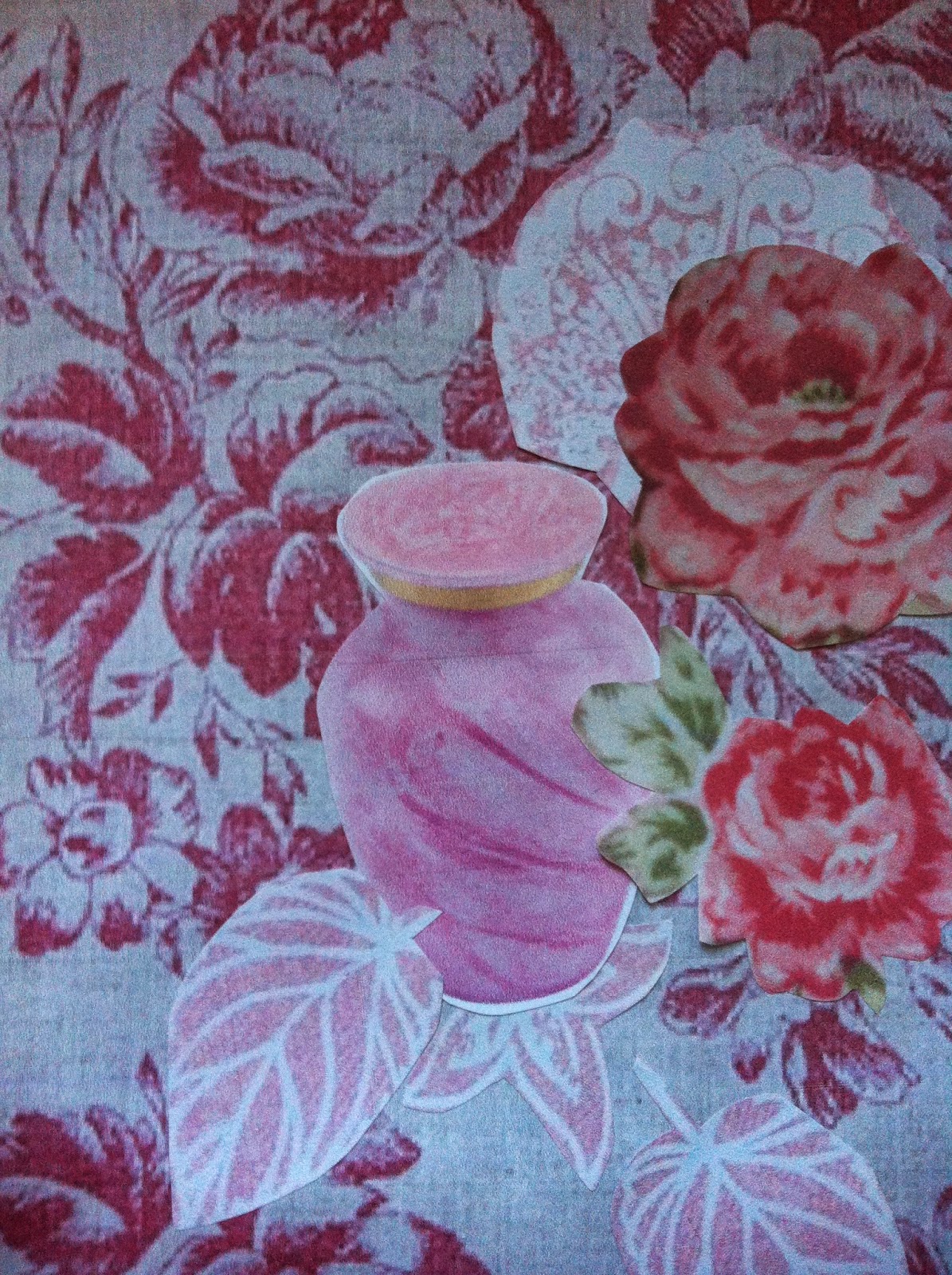 This daughter of mine
Unabashed pink, sturdy girlhood
There’s nothing to suggest in that ladybug smile
Or curls lilting with the melody
That track three of the Stephen Foster songbook
Could be the perfect song for a baby girl’s funeral.

I planned every inch of this healthy child
From her conception to now this memorial.
Unwelcome, unbidden, good ideas for bad.
You could slap me with your words and I would not blame you

I have travelled to funeral homes
Held tiny, exquisite urns in my hands
Seen Lilliputian caskets too small to truly contain a life
The funeral processions should have been held in a doll’s house

I drink her up and swing her about
No other baby of mine
Will rest in a dark box I had to choose
You beg me for euphemisms but I can’t help you.

I fold up my map
I try to put it away
But it has been folded and refolded
Shaped, cut and put together
By hands too small too write their own names

This poem was adapted from one I wrote about 15 years ago. I happened upon recently while packing files to prepare for our apartment renovation. I had completely forgotten that I ever wrote it - wrote anything - having put it away as soon as I hurriedly penned it.

I wrote this soon after my son Jacob died and an adorable girl was inching her way into our hearts. It accurately reflects the feelings I was having at the time – considerable post- traumatic stress from my child dying, and ever-present fears for my surviving child. I was also supporting other parents whose children died from cancer by attending funerals and being present for them.

I didn’t have a blog then. There weren’t blogs then. But I did write just a little. The seeds were planted. And here they are.
Posted by Karen Capucilli at 3:49 PM No comments:

The Expectation Of Quiet 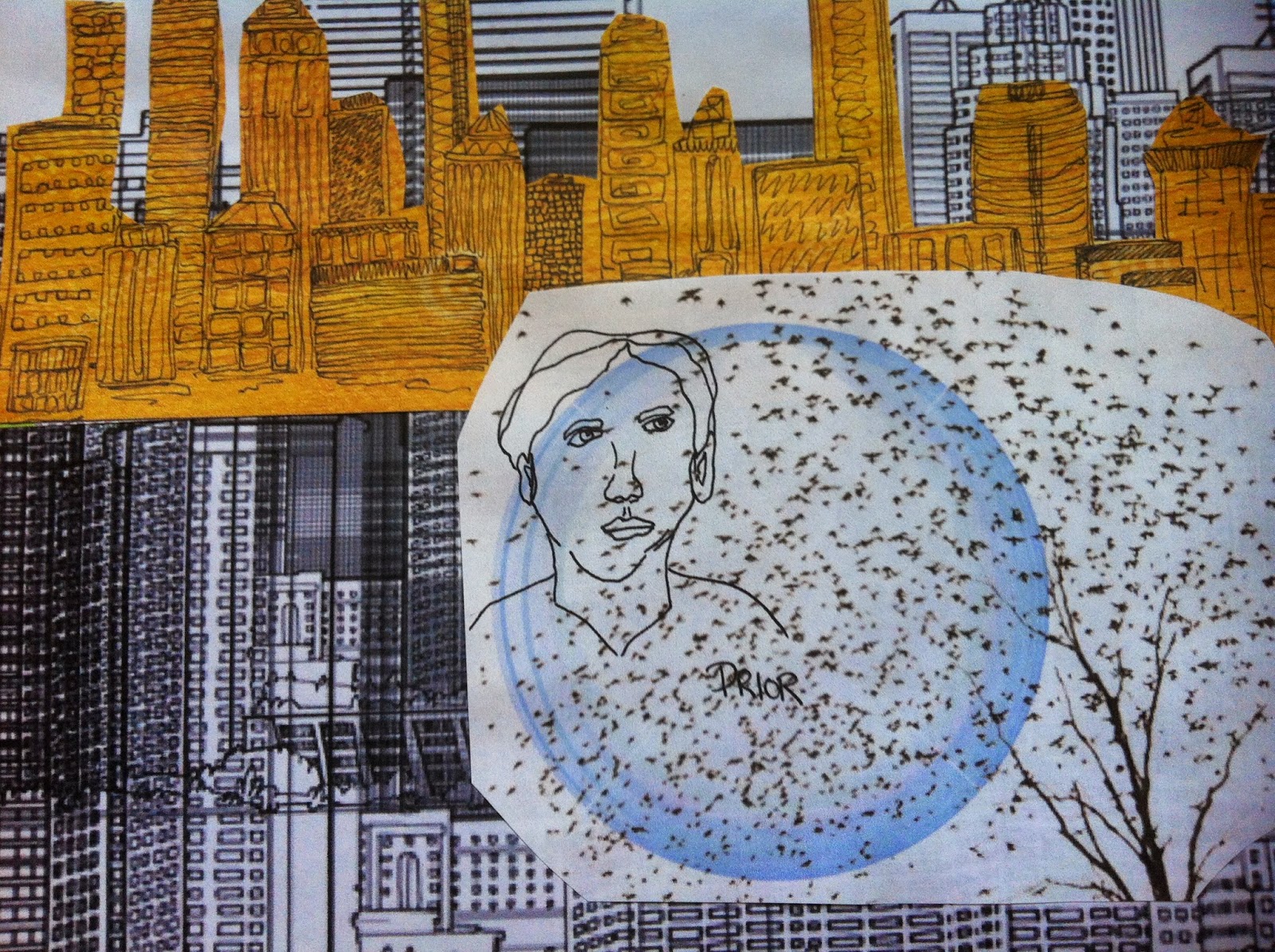 One of the most striking things about this apartment was the large piano in the living room.

It started out as a regular party. There were cocktails. There was conversation. There was recitation of poetry. One of my friends from the bookstore was a poet. That is what she did when she wasn't working at the bookstore. She was reciting one of the poems she'd written that week from memory.

We had all had a number of cocktails. That is when one of my friends suggested that everyone gather around the piano. Fantastic idea. Why have a piano if was just going to sit there gathering dust?

There were these books I was obsessed with a child. They are the All-of-a-Kind Family series. I will tell you that people gathering around the piano to sing together is very All of a Kind Family.

The part of it that was not so All of a Kind Family was that this sing-along commenced past midnight. This was not something at the forefront of our minds. Nor was working at the bookstore early the next morning. There was a remedy for that one. I had recently turned all of my colleagues on to Snapple Iced Tea. Someone would make a Snapple run to the deli next door when we all started to fade.

The friend giving the party sat down at the piano. We all gathered around. There was sheet music on the piano. All of the sheet music seemed to be songs that were popular in the 1970s. I knew all the lyrics already. I have no musical talent except for an uncanny ability to learn lyrics quickly and then remember those lyrics for the rest of my life.

We sang a few songs. What I lack in a melodious singing voice I made up for in volume and enthusiasm. Some of the people there could harmonize. This is good because having them sing with me made me feel like a good singer. That, and the cocktails.

If you are picturing an extremely nerdy scene you would be right. I'll say this for myself. I already know. For a segment of my life, I believe I was cool. That part of my life lasted for twelve consecutive years.  Before then, I was not cool. Afterwards, I was not cool. It was like I was temporarily able to shake off my nerdy features for a bit. Then they came back for me. Once that happened, I put up no resistance.

The evening I am describing is after I became nerdy again.

After much revelry, came my favorite song of the evening. Piano Man by Billy Joel. If you were still thinking that maybe I had some residual shred of coolness left, I am about to put the last nail in that coffin.

It has been suggested by someone very close to me – Jeremy Shatan – that perhaps all of Billy Joel’s material should be considered a guilty pleasure – the entire body of work. I have chosen not to take this suggestion. Jeremy and I sometimes disagree yet he does continue love me just the way I am.

It was without a hint of irony that I joined my friends in a heartfelt, rather emotionally charged rendition of Piano Man.

Then came the knock on the door.

There was a uniformed police officer standing there. Someone had called in a noise complaint.

As I look back over this time, I realize that I was in the wrong. We shouldn't have been engaging in piano playing and singing at such a late hour. There is such a thing, in NYC apartment parlance, as quiet hours. This was beyond anyone's definition of that.

Also, piano playing plus 15 people singing would be a major irritant even during the day, even if you happen to like the Billy Joel songbook, even if you have a sense of humor, even if you drink cocktails yourself.

Knowing that I was in the wrong this one time doesn't keep me up at night.

I love NYC. I love it because of the rich culture, the excitement, the fun. I love that my music-loving husband can go listen to bands that he loves and that we can go to museums. I love that the city never sleeps even as I do. I love the energy. I love that I can take the subway and I am in a completely different neighborhood. In many cases, it's almost like going to another country

But these are not the only things I love. I love the proximity of other people. Even when I don't talk to someone, I like seeing them. Jeremy and I thought about moving to the burbs. A lot of our neighbors were doing it. One of the reasons we didn't do it was the isolation I thought I'd feel.

Everyone who lives in NYC has their own reasons. For some people, it's similar. For others it's not. Some people live here in spite of all the things I mentioned not because of them. Others are doing so by default. They're living here in a state of inertia.

But it's always a choice.

I live in peaceful proximity to most of my neighbors. Some of the most exemplary individuals I've ever met are my neighbors. A lot of them would give you the shirt off their back.

My days of geeky and noisy partying have passed. The parties we have now are birthday parties. They are in the middle of the afternoon. Quiet hours find us either asleep or getting ready for school.

The noise our treadmill makes, the noise our active son makes and the noise of our being alive is upsetting to some people. These people want a sanctuary in a thriving metropolis. These people have a firm expectation of quiet. Some are sensitive souls. Almost all of them have advice about being a parent. We receive this advice in the form of anonymous notes. We receive unexpected knocks on the door from people who have never bothered to say hello or introduce themselves before issuing a complaint.

But here is what I will say today. By leaving me a note or coming to my apartment unannounced you are breaking a social contract. You have an expectation of quiet. But you are not quiet.

I hear the cell phone conversation you had in my courtyard last night. I wasn't trying to listen. It's the acoustics. It comes straight into my apartment at a higher volume than seems logical. Anyone wanting a private discourse in my courtyard should think twice.

You have a delightful and strapping son. But when he was a baby, his cries were so high pitched and pitiful I was in a constant state of gratitude that none of my children had colic. You were having a tough time. I get that.

I hear you running the vacuum when I am ready to go to sleep. When Whitney Houston died, you held a musical vigil. I waited for it to pass. It did.

The sharp click of high heels. The renovation you did before moving in. The sound of your hammer as you decorate. The sound of late summer evenings spilling over as you come home, your children's laughter mingling with your conversation. Your TV. I can almost hear the show you're watching but not quite. It has a laugh track.

I am surrounded by noise. Even as the electric company jackhammers, I hear you. The noise is a two way street.

I wonder if I should be tit for tat. But my heart isn't in it. I'm not a martyr, either. I never have been.

Granted, none of it is three in the morning, alcohol-fueled, toxic noise. I'm not making that noise either.

There is an alternative to my choice. There is the verdant countryside. A little house on a couple of acres. Tall trees and bushes between you and the neighbors. The sound of birds and wind. A reality instead of a wish. It’s not for me. But it may be for you.
Posted by Karen Capucilli at 7:18 AM No comments: