I Am A Short-Order Cook 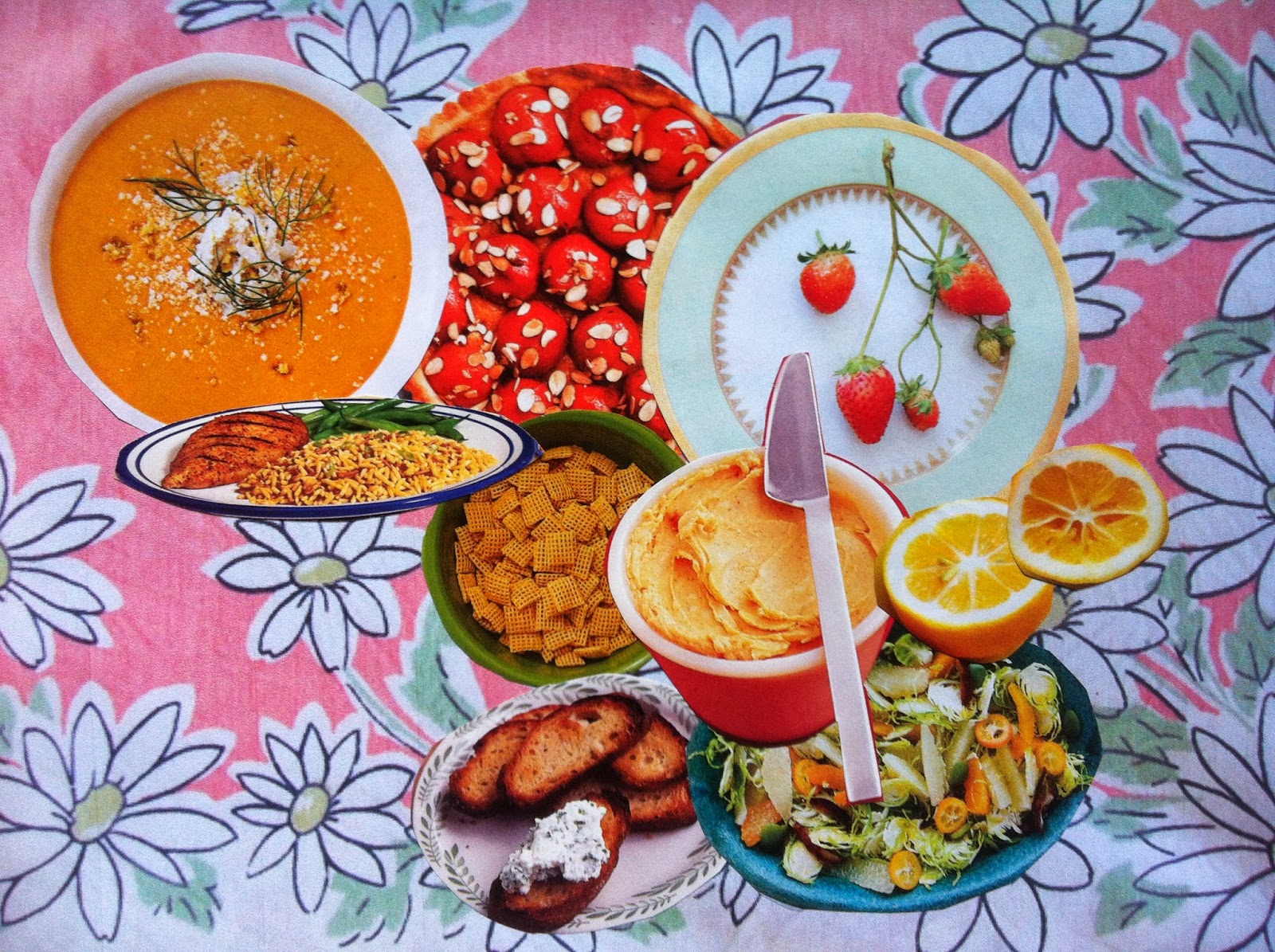 It was 5:30 on a weeknight. I commenced dinner preparation.

I had some leftover cooked cheese tortellini from the night before. I combined that with some canned artichoke hearts, grape tomatoes, fresh basil and fresh olive oil vinaigrette. I sautéed some baby kale with rings of white onion with olive oil. I served the tortellini salad over the greens.

This was my dinner. It would have been dinner for Jeremy too except that he was working late that night. He ended up bringing an extra portion of the salad for lunch the next day.

Hannah had cheese tortellini with us the night before, but was a bit concerned about the salad I was making. I whipped together one of her favorite dishes - a pear, toasted walnut and feta salad. On the side I served her a vegetarian corn dog.

I could probably make Noah's dinner in my sleep. For him there was a bowl of angel hair pasta with butter. On the side I served him raw baby spinach with no dressing, a clementine and his favorite artisanal baguette from a lovely neighborhood place. Noah is an extremely picky eater by nature. Along with this are some mitigating factors. It's a long story. This is a dinner he loves.

Fifteen minutes later I laid this attractive and eclectic dinner on the dining room table and called the kids over. There is nothing unusual about the scene I described. But something made me think about it more than I usually would.

I took in the sheer numbers of foods prepared. It looked like a combination of a typical family dinner table and a restaurant. The salads were gorgeous. The dinners were delicious. The kids thanked me and expressed their unprompted appreciation. It was a pleasant repast.

Everyone did their own thing after dinner, feeling satisfied and fortified for the night ahead.

Although this scene is not atypical, it has some variation. My goal is increasingly to have at least three out four of us eating pretty much the same meal. Occasionally that means family pizza night. If Jeremy and I are eating chicken, Noah will usually
join us except that he has recently fired chicken as an acceptable food. I am planning to re-introduce it the next time we eat it. I'm hoping it takes.

Hannah often eats what Jeremy and I are eating when it is a vegetarian or seafood dish. She's come a long way.

In looking at the dinner I cooked and served on this night I had to re-examine the idea I have held of myself as being lousy at multitasking. I was using all four burners of the stove. I did not serve dinner in shifts but managed to getting all to the table at the same time without Jeremy being home to help. And it came together in a shockingly short time. What I did was a cross between making a family meal and catering. I felt rather proud of myself.

I'm hearing some sirens in the distance. Here come the Mommy Police.

I read the same parenting books as everybody else. We introduced our babies to healthy solid foods, one at a time, and carefully. It went badly with Hannah until she could chew. She never really took to baby food. Noah was an awesome eater until he went off the rails at toddlerhood. Jacob was a pretty excellent eater until he needed chemotherapy.

Doing what I'm doing is breaking the cardinal don't be a short-order cook rule of parenting. I know I'm doing it and I do it purposefully and mindfully.

I listen to this good parenting podcast while I'm working out. They often have guests on the show and I usually find value in what they say. Once they had a nutritionist and mom on the show. She'd recently written a book about feeding your family healthfully. She promised to address choosy eaters. I listened with interest.

The cookbook author was the mommy judge-iest, most annoying person I ever heard.  Her kids eat everything because she is a perfect parent.  I was so put off by her bitchy personality that I called the podcast comment line as soon as I got off the treadmill. Once I finished leaving my complaining message about the fascist nutritionist, a thought popped into my head. I'm really glad my kids don't have someone insufferable for a mother.

Here's my belief system on dinner. Life can be hard. Life IS hard. At the very least, everyone deserves a dinner that makes them feel nourished and nurtured. Something that tastes good. I could go on about this, but I won't. That's all of it, in a nutshell.

I'm not going to serve brownies or candy for dinner. That said, I do seem to remember trying to convince Hannah to eat a chocolate chip cookie for breakfast when she was four.

Dinner has to be reasonably nutritious. Beyond that, with pots and pans strewn about my tiny kitchen, I make my way.

Jeremy will be going to a concert tonight, so it's just the three of us. Noah and I will eat together because Hannah arrives home late from piano lessons. For him, I'm making the same thing that I made before, except that it will be sugar snap peas instead of baby spinach. He likes things predictable.

For Hannah and I it will be ravioli with apples and walnuts, a recipe I know we both love. I'll watch her face light up as she comes in tired and hungry from a school and piano lessons. Her food will be served warm from a pot on the stove. I'll be preparing only two meals tonight. That's a piece of cake for a short-order cook.
Posted by Karen Capucilli at 4:46 PM