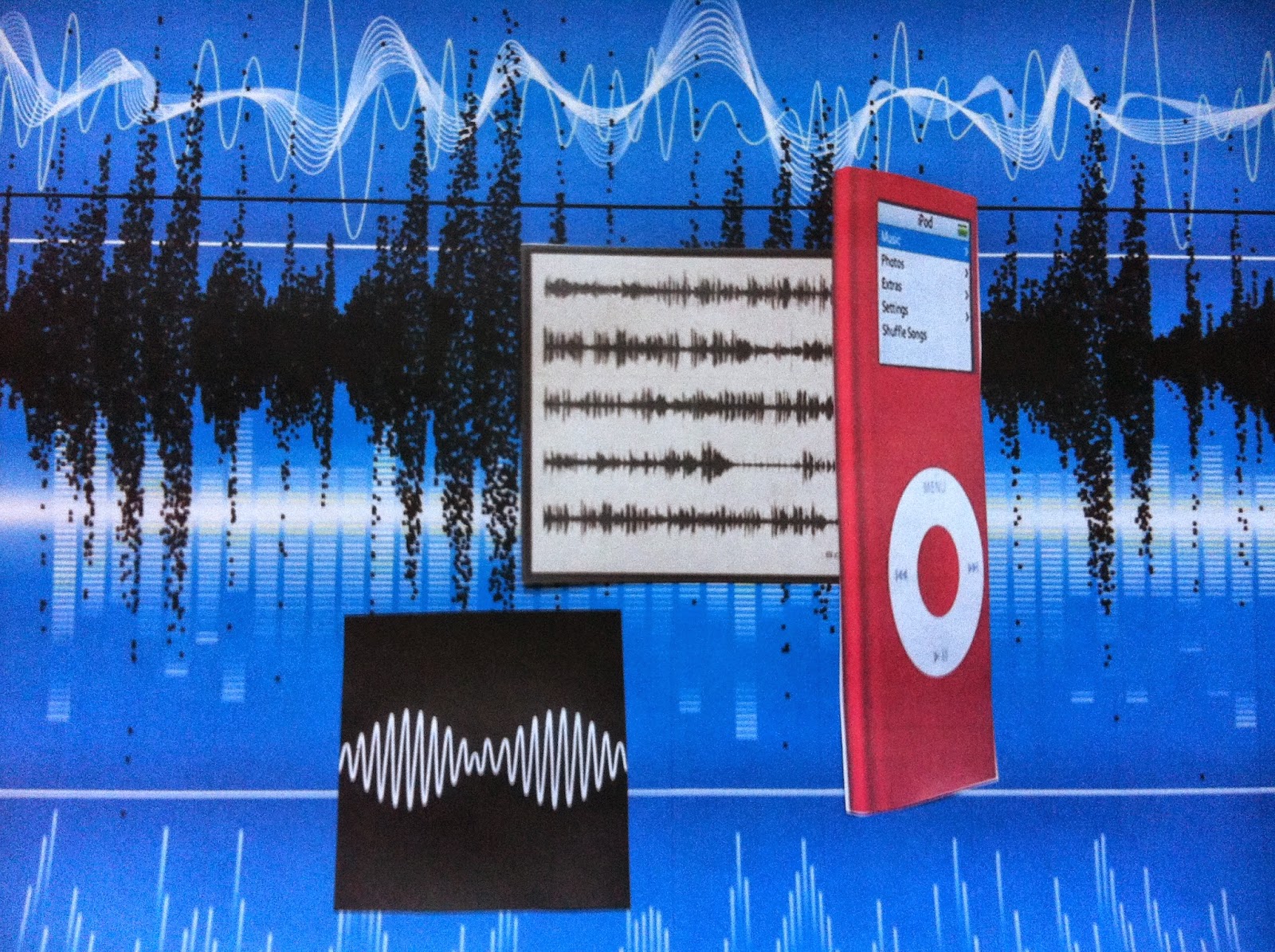 Jeremy has this beautiful mid-century modern bar in our dining room. It houses a sizable collection of glassware, cocktail shakers, swizzle sticks and bartending books. It's also chock full of liquor bottles. If you were to come into our apartment as a stranger and look at this bar, front and center in our small apartment, you might think we were a couple of alcoholics. But we are not alcoholics. We are regular, moderate, responsible social drinkers.

We are like this about almost everything. In general we really can stop anytime we want.

But now Jeremy and I have both developed an obsession and addiction. Ours was triggered by the dawning of the second golden age of audio. Specifically, podcasts. Two podcasts in particular.

We've both listened to excellent podcasts like This American Life, Freakonomics and The Moth for some time. We also have podcasts that one listens to that the other doesn't. Jeremy has a bunch of music related ones in his rotation. I like to listen to self help motivational stuff and inspiring things about being a parent.

I listen while doing tedious tasks. I listen while on the treadmill. It keeps my mind busy and engaged while folding laundry or cleaning the apartment.

Until recently, while I clearly enjoyed listening to podcasts, I wasn't addicted to them.

I wasn't waiting for them to "drop.” Thursday was not a really significant day of the week. I didn't call Jeremy at work in a desperate state because I was having some trouble downloading a certain podcast on my iPod. I also didn't call him at work because I heard someone from our new podcast on an old re-broadcast of a different podcast while doing the dishes and had important new insight to share.

I didn't stand in our kitchen watching Jeremy listen to podcasts. I didn't compare my recent podcast consumption to my mother's early childhood in the 1940s, before TV, when radio was the major form of entertainment. I didn't talk endlessly about the second golden age of audio.

I realize I've been going on.

The two podcasts we've become both obsessed and addicted to are called Serial and StartUp. Although they are quite different from one another they both have a commonality that one could compare to white sugar or crack. Unlike other podcasts that end their episodes in a tidy fashion with each one being distinct, these have a story that continues and unfolds over time. You have to keep listening to more podcasts to find out what happens.

Serialization is a powerful thing. It certainly isn't new. It's been around forever. But both Serial and StartUp breathe new, modern life Into this art form.

Both podcasts are telling true stories. The stories are compelling and expertly told. You can't listen without getting hooked.

Serial is a murder mystery. It's extremely suspenseful. The story is a potent combination of banal and creepy mixed together. It isn't like anything you've ever listened to.

StartUp is just as unique. It's the story of a start up company and it unfolds in real time. It's fascinating and creative and fly on the wall. The story isn't life and death but it ropes you in just as much.

I'm not saying anything else because I don't like spoilers. If you haven't listened yet, I'd like to recommend that you start binge listening right after finishing this post. Actually, I give you permission to stop reading now, if you're so inclined.

These podcasts are clearly narcotic to Jeremy and me. Serial drops once a week, StartUp every week or two.

If the people responsible for these podcasts were able to put them out once a day rather than weekly, then we'd listen once a day. If they put them out three times a day, we'd find a way to listen to all of them on the same day. I could say we could stop anytime, but I would be lying.
Posted by Karen Capucilli at 6:19 PM