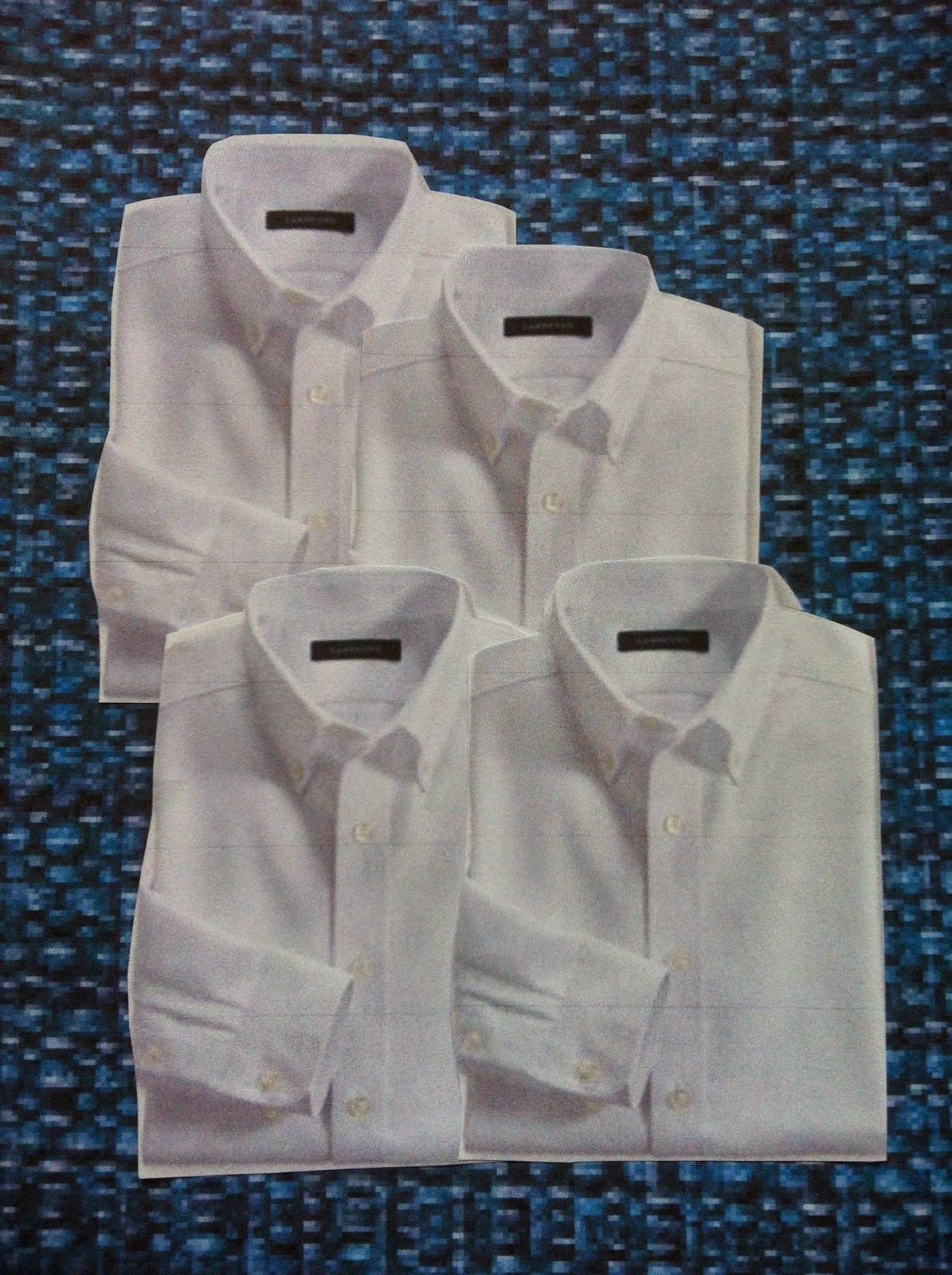 This morning I was doing the laundry. It was a day like so many others. Sort. Load. Dry. Along with everything else I had several of Noah's school uniform pants and cardigans to wash. Except for the fact that this was the last time I'd be washing and drying these particular clothes, there is nothing remarkable to report.

But washing and drying Noah's school uniforms for the last time got me into a particular mood that seemed to dominate everything else there is to say. So I'm going with this topic today.

Three years ago, Noah and I took a tour of the school that would eventually become his middle school. The assistant principal led the tour. Here at MS324, we dress for success, she said.

After Noah was officially matched with this school, they had an orientation for new families. That is where we learned the particulars of dressing for success. If you are a boy at MS324, this means a white button down shirt, navy blue pants, a black belt, and a navy buttoned cardigan. You needed to wear dark socks and shoes, except on gym days, when you were allowed to wear sneakers.

Noah had never worn anything remotely like this in his entire life.

Everyone has personal preferences when it comes to fabrics and clothes. Noah has always had preferences too.  I noticed early on, that he had stronger likes and dislikes than most other people.

There was no uniform policy at his elementary school. Noah dressed for comfort. He liked soft or silky things to wear. Before he could wear anything, I had to wash it first, which made hand me downs from cousins especially appealing. He wore a lot of soft cotton, velour, fluffy sweatpants and silky athletic wear.

So the summer before middle school I set about researching clothes that fit the requirements. I knew that I would not be buying Noah's school uniform pieces from Target. When I checked them out, I noticed that the fabrics there were very scratchy.

Part of my job as a parent is figuring out what to throw money at and what to economize on. My children have attended public school and except for the supply list, this is largely free of charge. However, I would need to find a uniform for Noah that would not drive him crazy. In other words, I might have to purchase some very expensive school clothes for him.

I started my mission in July. I approached it with a firm plan. I'd done my research. I spoke with customer service representatives from several different stores. I asked them about colors, weaves and thread counts.

Plan A, was to order two different styles of white button down shirts from Land's End. Same with the pants and the cardigans. This was not the cheapest option. But it wasn't the most expensive either.

If Noah could accept any of the choices from Land's End, then that would be our answer. I would then order four more of everything. But if Noah reacted very badly to these clothes, I had another idea up my sleeve.

Plan B would be to take Noah to Brooks Brothers. This was clearly the most pricey but most refined option. And if wearing navy pants and a white shirt would set my son up for success at his new school, it stood to reason that sending him there outfitted in clothes fit for a rich CEO might be dressing him for extra success.

When the shipment came from Lands End, I helped him try on variations on all of the elements. Noah had clear preferences. But it appeared that Noah would be able to tolerate these mid-priced fabrics.

But that wasn't the end of it. Just because Noah could tolerate this uniform didn't mean he was used to it. By the time Noah started school, he needed to be absolutely comfortable in the uniform. There would be many new things to get used to at MS324. The uniform needed to be a non- issue.

I washed all of the uniforms I'd ordered. I asked my mom for advice on fabric softening. She's also the one who turned me on to OxyClean. I was wondering what I was ever going to do about my 10-year-old rough and tumble kid wearing a white shirt.

I then set about acclimating Noah to the uniform without upsetting him. The first day, he wore it for 20 minutes. We quickly worked up to an hour. Then, eventually he was comfortable in it for an entire day.

I had Noah play and lead his normal life in the uniform. This included gaming at the computer, eating pizza, lying around reading and running around outside. I didn't worry about how dirty the uniform got. Boys need to get dirty. Also, my mother had given me stellar advice about washing these clothes.

My mother irons everything. But she did have a trick she shared with me. She said that if you take clothes right out of the dryer, and put them right on a hanger, they will look almost as good as if you ironed them.

For three years this is exactly what I did. For someone who has never had any great interest in fabric care, laundry or dressing for success, I have to say I really rose to the occasion. Noah was not only comfortable at school, he looked really put together. Everything was crisp, creased and clean.

He wore the exact same clothes for his entire time at MS324. When he wore through the knees of his pants, I ordered new ones. When he outgrew the clothes I ordered bigger versions of the same thing. There was a silver lining to all of this dressing for success. Noah is a person, who by and large, enjoys a great deal of consistency. He loves knowing what to expect. Having an extremely predictable set of clothes agreed with him very much.

The uniform was not the only thing that agreed with him at MS324. On the first day of school, Noah's 6th grade homeroom and math teacher walked him out at dismissal and said they'd had a beautiful day. I knew then and there that we had found the right school for him.

Noah has spent the last three years with amazing, inspiring teachers. He's soaked in a school culture that is structured but warm and has made many friends. He has maintained a straight A average. He's been kept safe. I've never once worried about dropping him off there. There are too many good things about this place to list here.

Recently, I set my sights on an 8th grade graduation outfit for Noah. I ordered a button down shirt and pants that are just like his school uniform, but in snazzier colors. I got him a silky tie. In deference to the idea that the other boys would be wearing jackets, I got him a cheap, plain one from Target. I figured I wasn't going to spend more than 25 dollars on something he'd only wear once.

It turns out that I was wrong about the jacket.

After some initial, mild complaints about the tie choking him, Noah enjoyed his formal attire more than I anticipated. As he strutted about, I noticed a new confidence and glimpses of the man he will turn into.

When it was time to go to prom, he insisted on the tie, as well as the jacket. For the first time, Noah was more into how he looked than how the fabric felt.

As Noah and I left together to meet his classmates at prom, he gave himself one last admiring glance in the mirror. Then he set out to conquer the world.

Noah will be starting 9th grade in the fall. The high school does not have a uniform policy. Come July, Noah and I will be discussing school clothes. I will ask him how he will want to dress. He can wear the casual clothes he wears on weekends. If he likes, he can dress up more and I'll be happy to order button down shirts, pants, ties, and a couple more jackets. Finally, he'll have the option of dressing for success the same way he has since 6th grade. In that case, I'll order new versions in bigger sizes. He's 13 and growing like a weed.
Posted by Karen Capucilli at 1:47 PM